Decent, but had even greater potential. 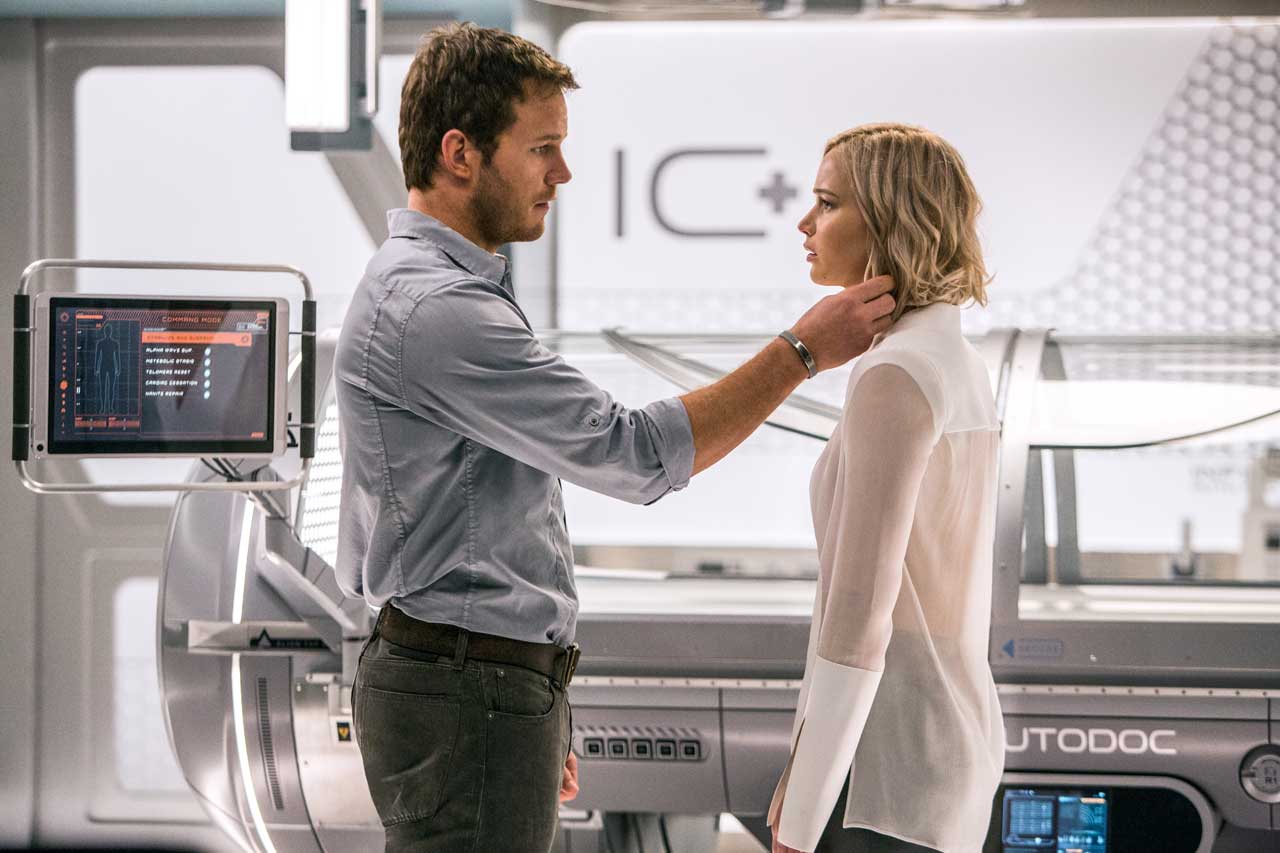 Jim Preston (Chris Pratt) and Aurora Lane (Jennifer Lawrence) are passengers on board a start-of-the-art spaceship ‘The Starship Avalon’, travelling from Earth to inhabit a new colony planet. 30 years into the 120 year journey, a malfunction in the ship causes Jim’s hibernation pod to open too early. Unable to reset the pod, and with only an android bartender named Arthur (Michael Sheen) for company, Jim must consider his options. 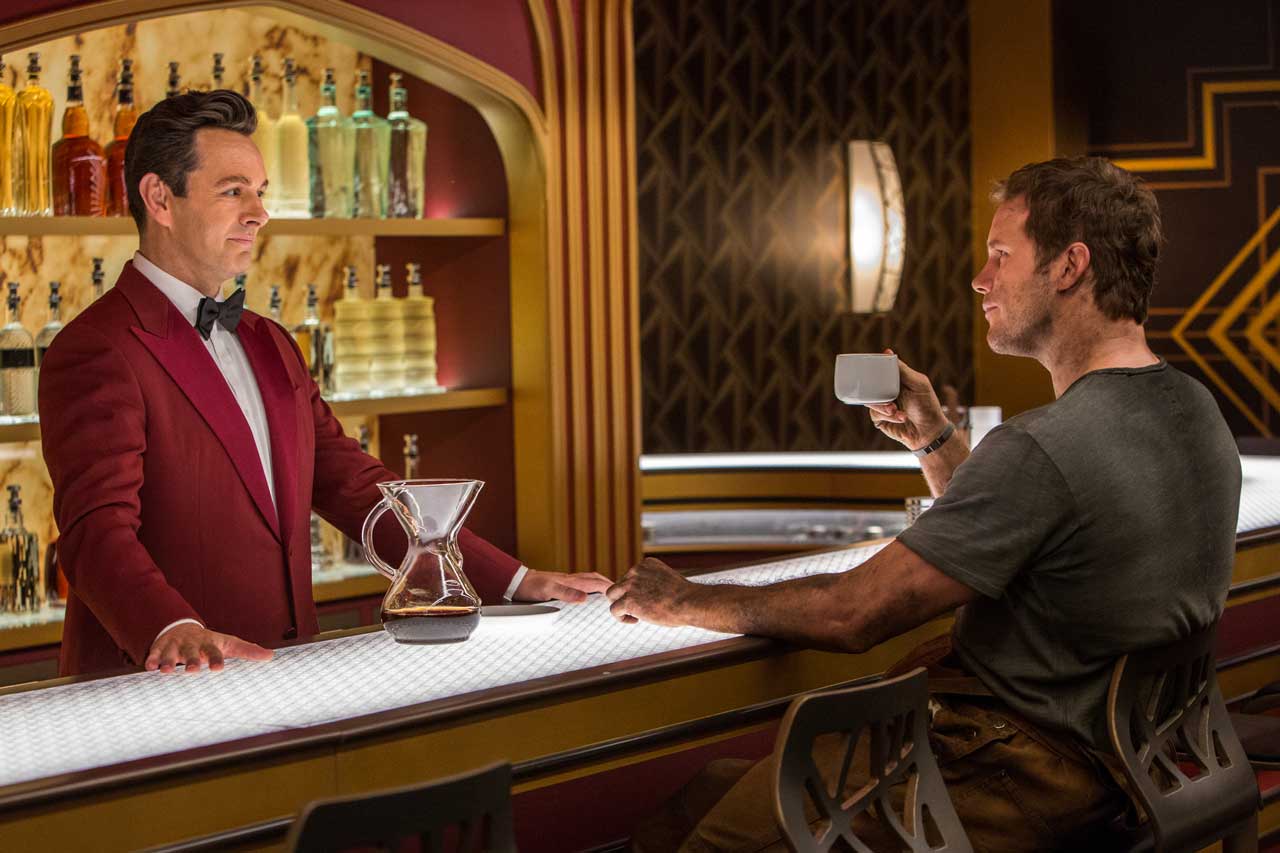 The prospect of being stuck on a spaceship hurtling through space alone with no hope of escape is a really interesting premise; reminiscent of Alien and Moon. This makes for a really strong start to the film. Passengers starts out in sci-fi thriller territory but unexpectedly ends up in romance, somewhat killing the tension that had been built up. Luckily there are just enough plot twists to keep you entertained regardless. Although if I had a choice, I would have preferred things to remain in the same vein throughout. There was potential there for a far more intense (and less cheesy) storyline.

Chris Pratt is perfect as the regular, down-to-earth guy Jim. This takes up the slack for Jennifer Lawrence as Aurora, who is a little more up tight and therefore harder to relate to. The Starship Avalon is almost a character in itself, with its hi-tech automated messages and assistant holograms. The vastness of the unpopulated ship helps to give an eerie feeling, similar to the hotel in The Shining. Yet its luxurious design scheme adds so much to the overall look and vibe of the film. 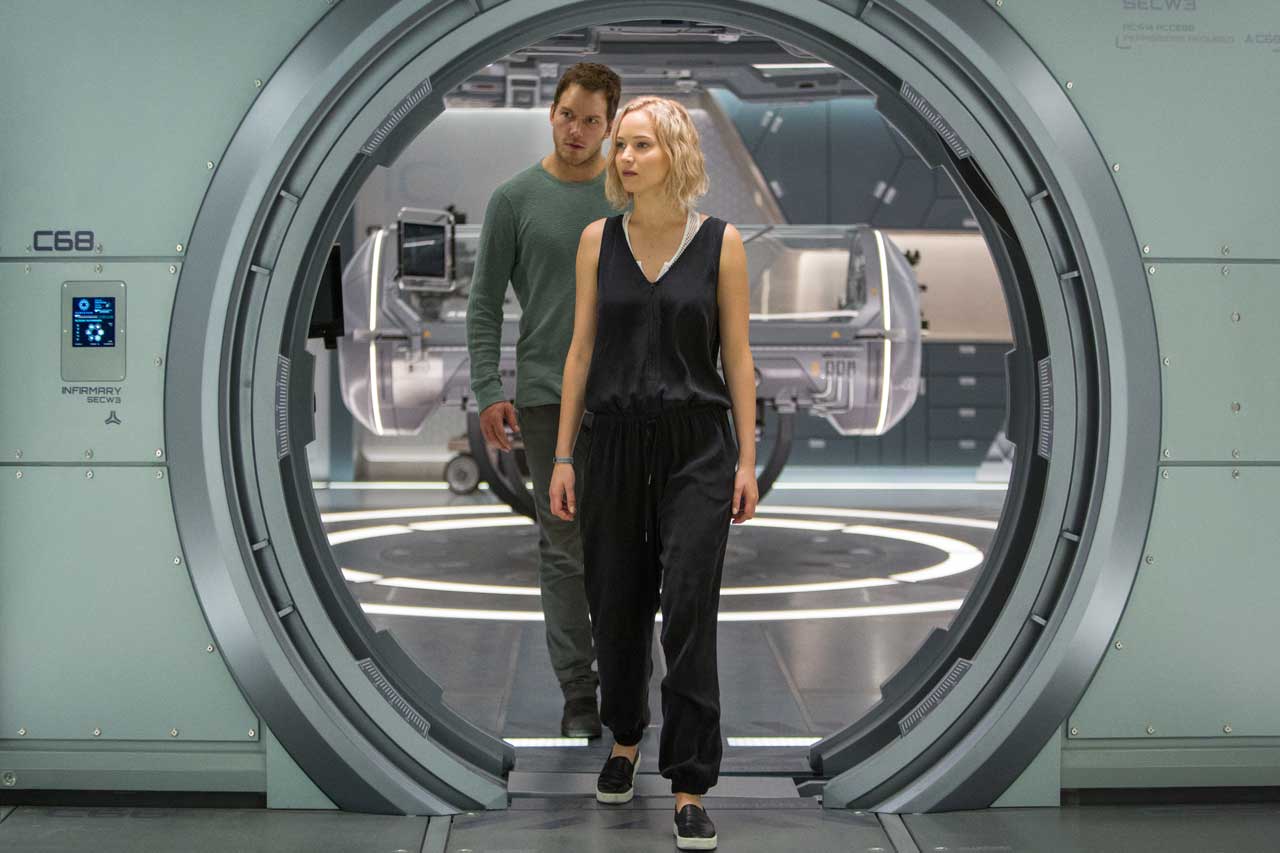 Finally, It’s nice to see a big budget film come out that isn’t part of an existing franchise! Passengers premieres in Sweden on 21 December.