Textbook drama that writes out cheques its charm can’t cash.

It’s rare to see a film which can rely so heavily on mood and subtlty that it needs little else to appeal. Case in point was Lost In Translation, also directed by Sofia Coppola. What it lacked in storyline and dialogue it made up for in pure ambience. Even though The Beguiled does have a certain level of charm, it’s not in the realms of its predecessor so it ends up falling a bit flat.

Wounded soldier Corporal McBurney (Colin Farrell) is found in the woods and brought to the local girls school, headed up by Miss Martha (Nicole Kidman). His presence starts to affect those around him, including teacher Edwina (Kirsten Dunst) and student Alicia (Elle Fanning).

It’s actually an adaptation of a novel from 1966, and has already been made into a film in 1971, starring Clint Eastwood.

The film is undoubtedly pretty to look at, with great attention to detail, and I gave extra marks for this aspect. I was reminded of Picnic at Hanging Rock, which Coppola may have been inspired by. But the story is a bit too straightforward and simple to really get excited about. I had hoped for more intrigue and suspense. 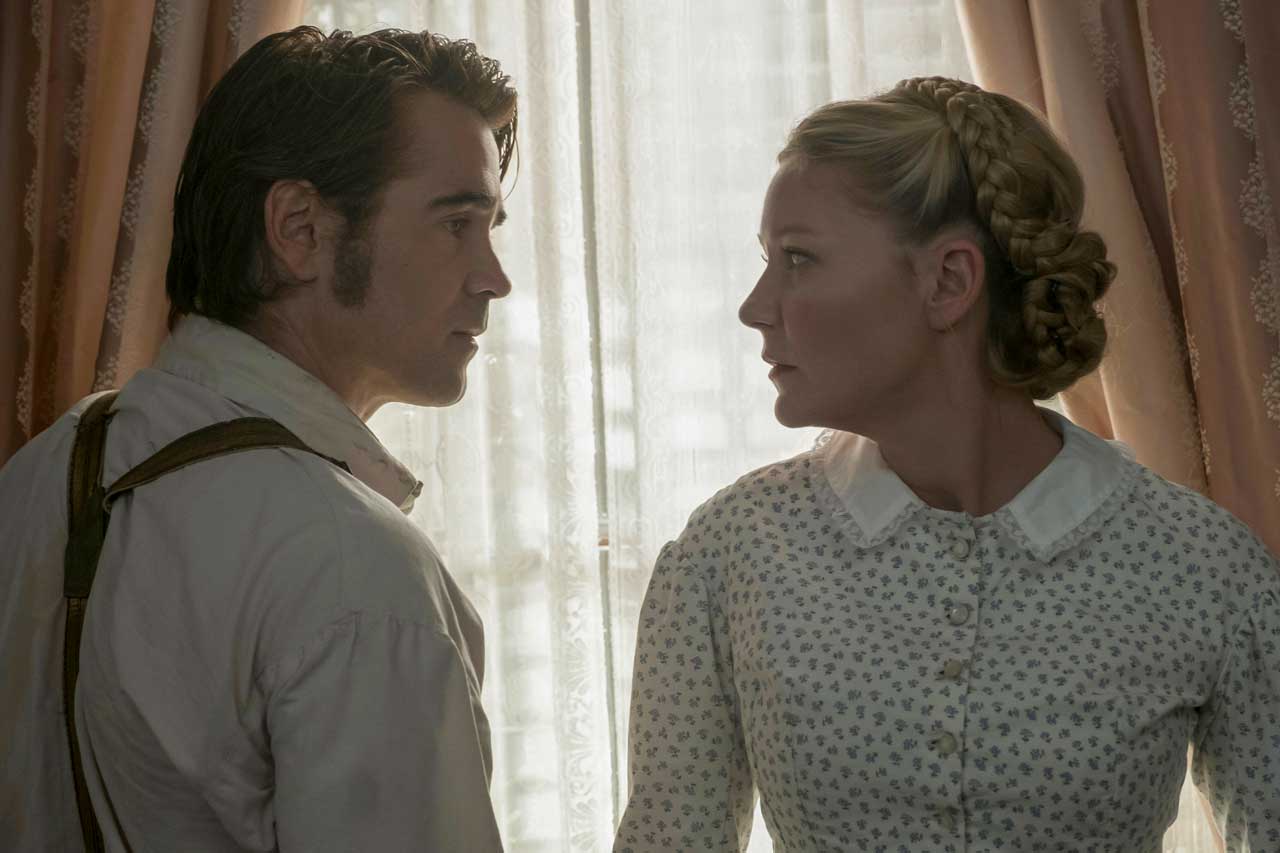 The Beguiled premieres in Sweden on 1 September 2017.